I haven’t posted anything in a couple of weeks, and man, those weeks have been jam-packed with adventure. To start, the weekend before last I took a road trip with one of my besties, Jenn. First, we went to San Bernardino for an amazing music festival. All of the bands that I grew up listening to were playing and we had so much fun. After that, we had another two days to do whatever we wanted. We tried to get into the Half Dome lottery, but were unsuccessful. So, instead, we decided to take a road trip up the California coast to Big Sur. We did some camping there last year and had a great time, so we went back. It did not disappoint. If you have never been to Big Sur, you should definitely put it on your list. The coastline is so dramatic and gorgeous. Pictures don’t do it justice, but below are a few (P.S. Have I told you how much I love the camera on my new iPhone 6s!?! Well, now you know.) 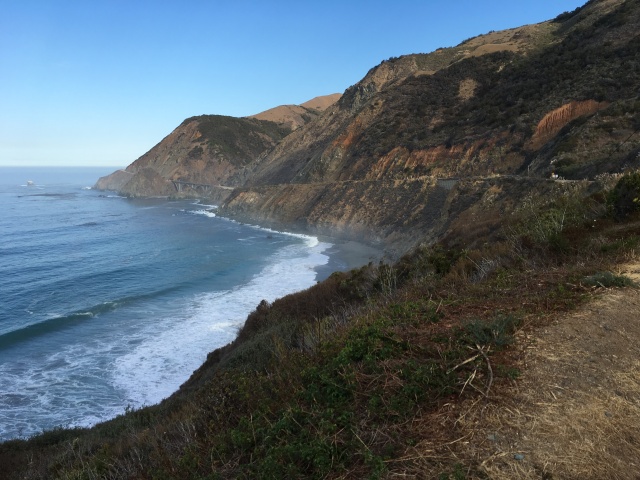 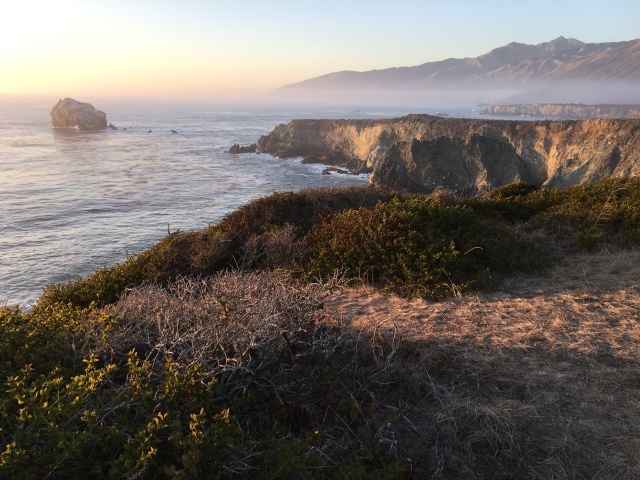 Who doesn’t go to the coast and drink beer in their sleeping bag on the beach?

We camped at a place called Kirk Creek. It is right on the bluffs and all the campsites have amazing views. If you are going to reserve a spot though, I would recommend #9 or #22. We didn’t have a reservation and ended up at #5, but it was still breathtaking.

I got back into town this last Tuesday and unfortunately, knew that I was coming down with something. I guess that is what I get for camping, sleeping on the beach, and using the most disgusting port-a-potties I have ever seen. I was kind of sidelined for most of the week, but started feeling a little better this past weekend. When I got a text from Jenn on Sunday morning asking if I wanted to hike a peak, I couldn’t resist. It rained all day Saturday and Sunday was a very promising day for weather. I had some work to do in the office in prep for a big planning meeting so I bounced out of bed, got my work done, and then headed out for our hike at around 1:00.

Start of the hike from hell.

Jenn and I have been wanting to do Rose Knob for quite a while now. She has done it several times before but it was a first for me. She tried to warn me that it was difficult, but I had no idea what I was getting into. There are a couple of different ways you can hike Rose Knob and of course, we choose the most difficult. To go the way we did, turn on Marlette St from Mt Rose Highway 431. At the top of Marlette, turn right on Jennifer and follow it up till you reach a dead-end. Park here and the trail starts at the North end. You will see a couple of markers tied to the bushes. The trail is not well maintained and is also not that popular. It is definitely an adventure, but pretty straight forward.

After the first few minutes, in which you immediately start to ascend, I found myself extremely winded and fatigued, wondering what in the hell I was doing. I was definitely not healthy enough to be climbing mountains, but I was bound and determined. Jenn and I were quite the odd couple on this particular hike. She had gotten poison oak while we were in Big Sur and was on steroids for her infection. I, on the other hand, was sick and not feeling great. While she was charging up the mountain with roid-rage, I was taking my sweet time. I couldn’t help but laugh at us. To make it even more comical, she realized about a quarter of a mile up that she shouldn’t be in the sun because of the steroids she was on. We didn’t have any sunscreen, so I pulled some chapstick out of my bag, which she then proceeded to smear all over her face. Ha! 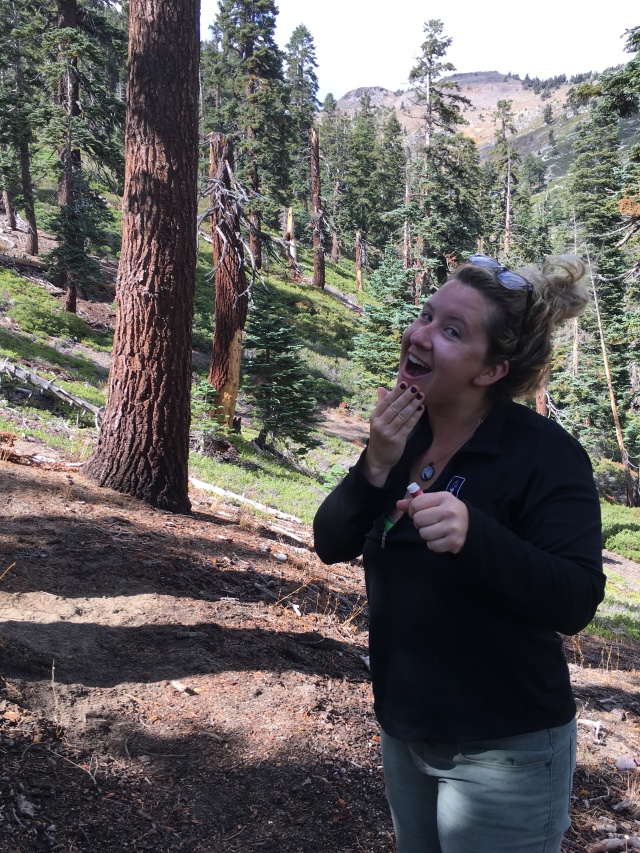 Chapstick for sunscreen. Being resourceful!

After just under two miles of hell (I normally wouldn’t be such a whiner, but I was sick, give me a break), we made it to the ridge line.

About to begin the final ascent to Rose Knob from the ridge line.

Here it mellows for a bit and then goes straight up again. You will soon find yourself scrambling up some boulders and will eventually hit the Tahoe Rim Trail.

Scrambling up boulders to the summit of Rose Knob. 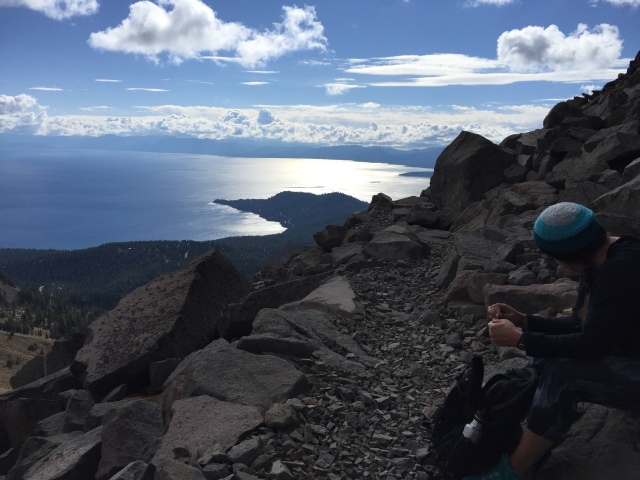 Having a rough moment on the Tahoe Rim Trail, just below Rose Knob.

After you cross the Rim Trail, you will have to scramble up some more boulders, which give way to some smaller, more precarious rocks, and then the summit. By the time we got to the summit, I was beat. But those views. OMG. So worth it. We hung out for about a 45 minutes, drank a beer (as always), and headed back down.

In total, it took us about 2 hours to summit (taking sickie-self time) and about an hour to descend. This puts me at peak #12 on my conquest to reach 15 this year. Although it probably wasn’t the brightest idea (being sick and all), I am glad I did it. I am one peak closer and hope to get 13 and 14 this weekend. Who knows? I might even be able to get 15 on my b-day (Halloween)… How cool would that be?!

So, I have a new hobby. It’s one that sometimes keeps me up WAY past my bedtime, but gives me a creative way to capture and remember all our fun adventures.
Oh my stars! 🤩
Sadly, these hammock trees are probably nothing but charred remains. It looks like the #caldorfire has reached Lake Sylvia.
Dear Star Lake, you’re an absolute stunner. I hope to come back to your view someday. 💔
Looking south from Incline and almost everything you see in the distance is burning. This pic was from the spring, before we realized how awful fire conditions would be this year. 🥺
Desolation Wilderness is where I fell in love with backpacking, and where I fell in love with myself again after leaving a toxic relationship. It was here, over six years ago, that a quick weekend trip into the backcountry with some girlfriends helped me gain the confidence again to be who I wanted to be. By no coincidence did I end up meeting the love of my life shortly thereafter.